Great Care has been given to increasing the gain curve resulting in an even higher sensitivity to weak signals. The introduction of the POLARITY ORIENTATION MECHANISM also allows you to get the best reception of all TV signals (digital and analogue) that are transmitted with both HORIZONTAL and VERTICAL polarity. (With the advent of digital transmission, signal with VERTICAL polarity are enhanced in certain countries such as Britain). A low noise amplifier is included that has variable gain that operates on both 12 and 230 Volts.

Equipped with LTE Suppressor Filter to eliminate any disturbances caused by the new 4G Smartphones.

39cm Mast for installation inside a suspended wall unit 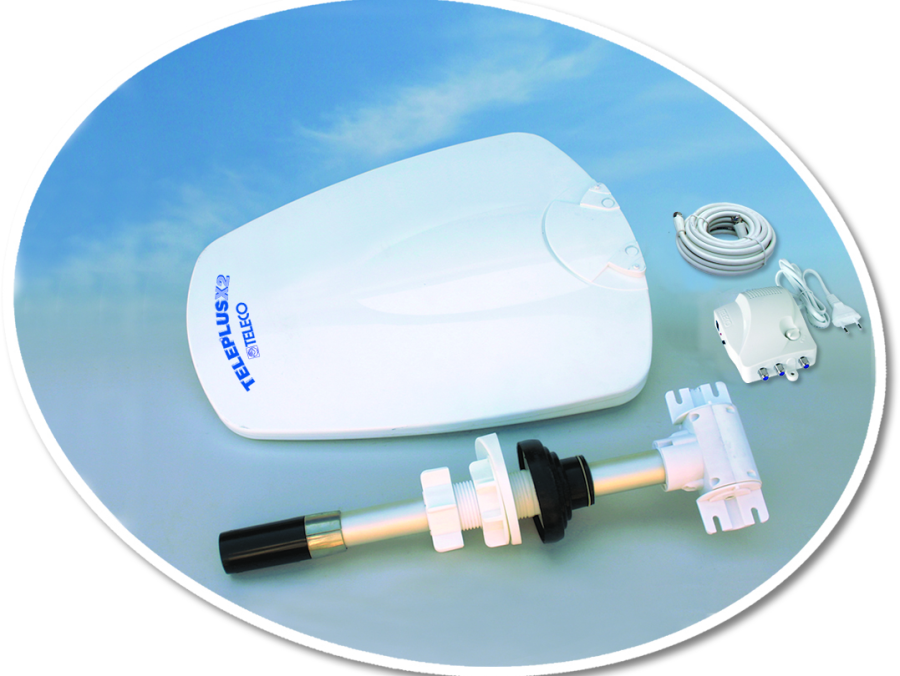